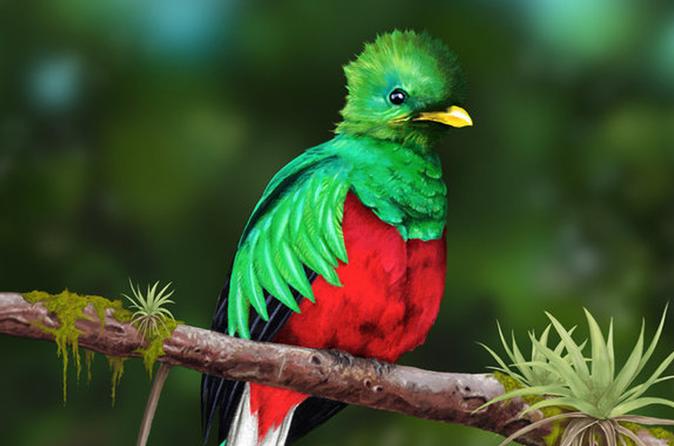 Quetzales, scarlet macaws and  birds watching tour in San Gerardo de Dota tour we pick up at your hotel in San Jose, Alajuela, Heredia or Cartago, the transfer can take about 2 hours to get there and 2 hours back.

Los Quetzales National Park is located in the Copey district, canton Dota, San José province, 76.5 kilometers south of the capital(San Jose). It is a special area for bird sightings, such as the Quetzal (Pharomachrus mocinno), an almost threatened species according to the IUCN list.

The type of cloud forest generated by the different weather conditions has trees covered with a variety of plant species that makes them more attractive for birds and animals that inhabit the area. It hosts a large number of endemic flora and fauna species. The most endemic areas of vegetation are in the high montane, subalpine and alpine ranges, which include more than 50% of the 53 endemic species recorded for the Savegre basin.

In addition, the Park is located at the head of the Savegre river basin, an aquifer catchment and feeding area. It limits to the North with the La Amistad - Pacific Conservation Area (separated by the Pan-American Highway), to the Northwest with the Cerro Las Vueltas Biological Reserve. At one end it borders the Pirris river basin and the Reventazón - Parismina river basin.